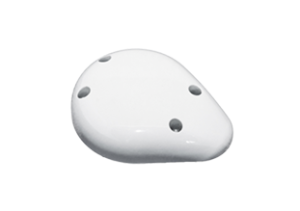 Launched at the end of 2012, SlingShot enables users of in-service radios to securely communicate over tactical and strategic distances, connecting VHF and UHF networks over a single L-Band satellite frequency.

The recently developed Aviation capability comprises an Aero antenna that is either permanently attached to the aircraft, or acts as a temporary fixture. This works with a standard walk-on SlingShot system to aid flexible and secure communication between aircraft, foot patrols, vehicle or boats.

“Using Inmarsat’s L-TAC™, SlingShot provides a flexible service to cater for current, high tempo, operational requirements. Already with Manpack, Vehicle and Maritime systems, the Aviation capability will offer Command and Control Communications of all units, no matter where they are, to airborne platforms, without the necessity for land-based radio re-broadcast stations.

“Unlike other BLOS systems, SlingShot delivers robust voice and data COTM (communications on the move) and now with our development in aviation we can provide the same capability on both fixed wing aircraft and helicopters.”

Commencing on Tuesday 15 September 2015, DSEI attracts over 30,000 attendees from the defence and security sectors, his including top military professionals.

To find out more about Spectra’s aviation capability, visit the team at DSEI on the UKTI Defence and Security Showcase N6-290.