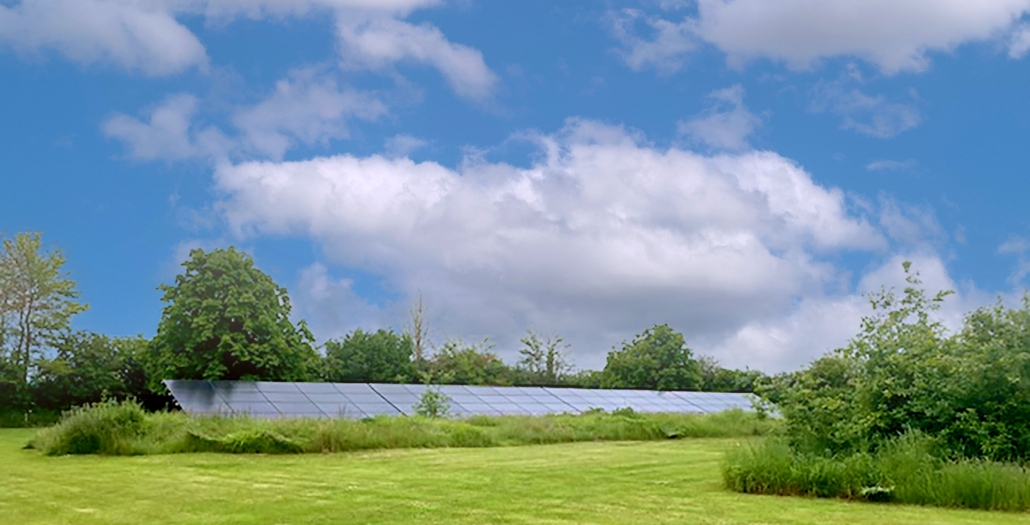 Spectra Group (UK) Ltd recently installed 124 solar panels at its UK HQ. as part of its target to become a carbon-neutral company.

At Spectra we believe we all have a responsibility to reduce our carbon footprint and are committed to “doing our bit” for the environment and future generations.

Spectra’s 124 panels were commissioned on June 1st 2022, generated 8.17 MWh and saved 2,09.3 kg of CO2 emissions within one month. This is equivalent to planting 96 trees and brings Spectra Group to nearly 70 per cent carbon neutrality. Plans are in place to install a Tesla battery bank by August 2022, which will save the remaining 30 per cent by storing excess electricity generated to use at night and during periods of low sunlight and using it to power backup services. Spectra also plans to plant new trees on the site to further improve the numbers. As well as the more important environmental investment the installation of the solar panels has projected savings of approximately £12,000 per year in energy costs.

The installation was expertly project managed and installed by Nick Spicer, Managing Director of Somerset-based Your Eco Construction. “Nick worked with us to determine our energy requirements and assisted with the planning permission process.” Simon Davies, CEO of Spectra Group (UK) Ltd said “Even though we have some way to go to becoming carbon neutral we have made significant progress and working with Nick at Your Eco has definitely simplified the process for us”

Carbon neutrality means that a business or individual should not produce more carbon dioxide than the earth’s atmosphere can absorb. There are many ways to achieve carbon neutrality but some of the most popular are:

– Use energy-efficient equipment and lighting

The impact of solar energy on carbon offsets.

As the carbon-offset movement has gained momentum in recent years, more and more people are turning to solar energy to offset their carbon footprint. Solar energy is clean, renewable and sustainable, making it an attractive solution for anyone looking to reduce their carbon emissions.

What is solar energy?

The benefits of solar energy for a business.

The benefits of solar energy are many, the most obvious being that it is clean and renewable. Solar panels absorb the sun’s energy during the day, convert it into electricity and, with the help of batteries, can be used at night or when production is low. This means either less electricity is used from the grid or less carbon dioxide is produced. The environmental benefits of solar energy are obvious, but there are also some financial benefits to consider:

The environmental benefits of solar energy.

Solar energy is a clean and renewable energy source that can help reduce our planet’s carbon footprint. Solar panels are made from silicon, one of the most common elements on Earth. This means that it is not a finite resource and can be reused to make new modules. In addition, solar panels do not emit harmful fumes or chemicals into the air as other sources of electricity generation do.

The use of fossil fuels in a business can have a negative impact on the environment. This is because these fuels are non-renewable and also because their use increases carbon dioxide in the atmosphere. There are many benefits to using renewable energy sources such as solar and wind power in businesses, including lower electricity costs and less dependence on fossil fuels.