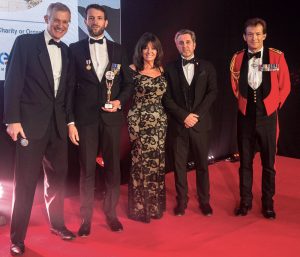 The 2018 Soldiering On Awards took place on the 20th of April at the Park Plaza at Westminster Bridge Hotel, London. The black-tie gala was co-presented by TV personalities Vicki Michelle MBE and Jeremy Vine and hosted by the Soldiering On Through Life Trust’s Patron, the Rt Hon Earl Howe, who welcomed the finalists, nominators and sponsors. The evening focused on highlighting the outstanding achievements of those who have served their country as well as individuals and groups who work together with the Armed Forces Community. Spectra Group (UK) Ltd was honoured to once again support the evening.

At the start of the evening the Prime Minister sent a message of support and recognition to all the Finalists. Theresa May said:

“I am delighted to send a message of support for this year’s Soldiering On Awards. The event provides a fantastic platform to give recognition to the extraordinary achievements of our Service personnel, veterans and the groups, businesses and charities that support the Armed Forces community. Their efforts are invaluable and it is only right that their work is appreciated and celebrated”. She added: “I would also like to take this opportunity to recognise the sterling work of X Forces Enterprise and all you do to support our Armed Forces. Please extend my warmest wishes to all those attending. I am grateful for their ongoing endeavours to support those who defend our country and their families”.

The evening continued with a champagne reception and included a three-course banquet. An inspirational awards ceremony was followed by great entertainment to finish the evening, with a performance by the internationally acclaimed classical singer, Carly Paoli.

Spectra Group sponsored the Sporting Excellence category. This category recognises a person who has overcome their disability or injury to excel in the field of sport. There were 3 finalists nominated and the CEO of Spectra Group UK, Simon Davies, presented the award to the winner, Steve Crowley.

Steve is a former Welsh Guardsman, who lost a leg in an IED explosion in Iraq in 2010. Running became his rehabilitation and he set himself goals to help his recovery – from a 10km race, through marathons, to joining the GB Triathlon Team. He has won many gold and silver medals, including from the World Triathlon Championships. His next goal is to represent the UK at the Paralympic Games in Tokyo 2020. 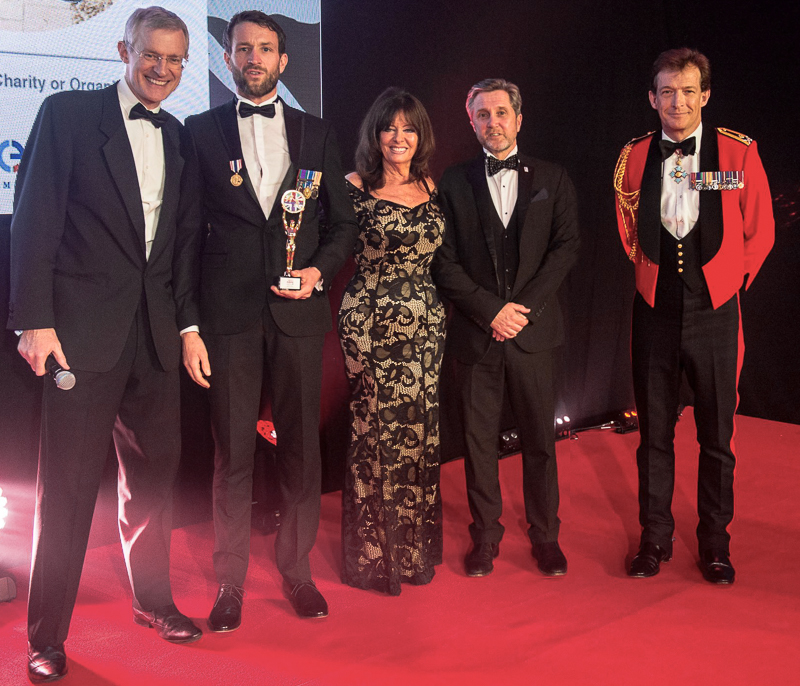 Winners were selected by a distinguished Independent Judges Panel, co-chaired by General the Lord Dannatt GCB CBE MC DL and Debra Allcock-Tyler, Chief Executive of the Directory of Social Change. The Soldiering On Through Life Trust encourages support for the UK’s Armed Forces Community by nationally recognising the achievements of groups or individuals supporting this community through the annual Soldiering On Awards.

Safeguarding Your Business Against Cyber Crime
Scroll to top