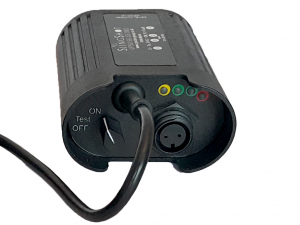 Referred to by a Specialist user as “a game-changer”, SlingShot converts in-service VHF and UHF tactical radios to satellite L-Band for robust, reliable and cost-effective Beyond Line of Sight (BLOS) Communications on the Move (COTM), using Inmarsat’s L-TAC™ satellite service.

With the ability to extend the secure net over thousands of miles, to connect dismounted, mounted and air and seaborne personnel to each other and to HQ, the already flexible system has been further improved with new power options and the launch of the SlingShot Satellite Emulator (SSE) for full offline system testing without a live satellite channel. 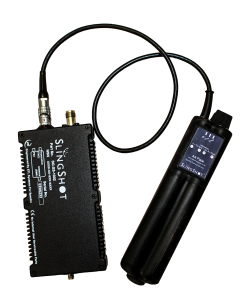 Simon Davies, CEO of Spectra Group (UK) Ltd, said: “New power options for SlingShot deliver increased flexibility and even simpler configuration. The unique system for BLOS (Beyond Line of Sight) COTM (Communications on the Move) for in-service tactical radios now makes deployment-planning and set-up even easier. As the nature of conflict changes and high-tempo, short duration, deployments become the norm, we know the onus is on us to ensure all our systems are designed for ease of use and reliability, and ideally suited to the fast-moving modern battlefield.

The reasons for opting for SlingShot’s new power options are compelling, as available now is:
• Simplified deployment planning when using SlingShot
• Accelerated configuration with enhanced troubleshooting
• Reduced weight of back-up power using the AA battery case
• Increased flexibility being able to use AA batteries for manpack and UPSU for any system
• Even more uptime of secure BLOS COTM
• Reduced spares inventory and training burden

The new SlingShot Satellite Emulator is an advanced programmable test tool, designed to allow a complete SlingShot system to be operated and tested as if it were being used operationally. 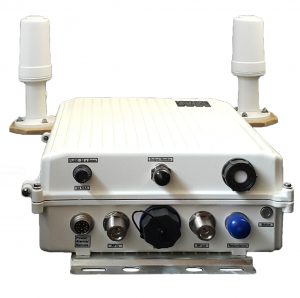 The SSE simulates the way in which the satellites that SlingShot uses work, so that equipment can be tested before or after ﬁeld deployments. It can also be used as a training aid, so that classroom training can be performed with realistic service, allowing the user/customer to set-up their SlingShot system without the need to disturb operational networks. The SSE can be conﬁgured to provide perfect channels or add noise to simulate operating at edge-of-beam, allowing the trainer to simulate real-time issues users might come across whilst deployed operationally.

There is no need for reconfiguration or frequency programming. It behaves as a satellite transponder and only reacts to the incoming RF from SlingShot. All that needs to be done is to ensure the supplied Transmit/Receive antennae are connected, plug it in and it is ready for testing.

Around 2000 SlingShot units have been sold since its launch in 2013 to key users which include special forces and more than 15 armies ranging from North America to Europe and Africa, the Middle East, to the Far East and Australia.