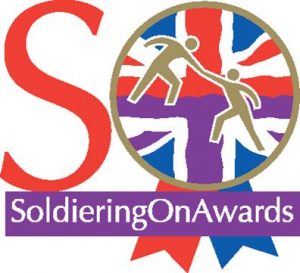 The 2017 Soldiering On Awards honoured 46 finalists in ten categories at a reception at the House of Lords on 9 February. The evening was hosted by the charity’s patron, the Rt Hon Earl Howe PC, and celebrated individuals and organisations for their inspirational and outstanding achievements in support of the Armed Forces Community.

Six of the finalists were recognized in the Sporting Excellence category, made possible by award sponsor Spectra Group UK.

“Spectra is extremely honoured to sponsor the Sporting Excellence category at the Soldiering On Awards. The Soldiering On Through Life Trust provides unstinting support to the armed forces community and Spectra is privileged to be able to support their important work”, said Simon Davies, CEO of Spectra Group. 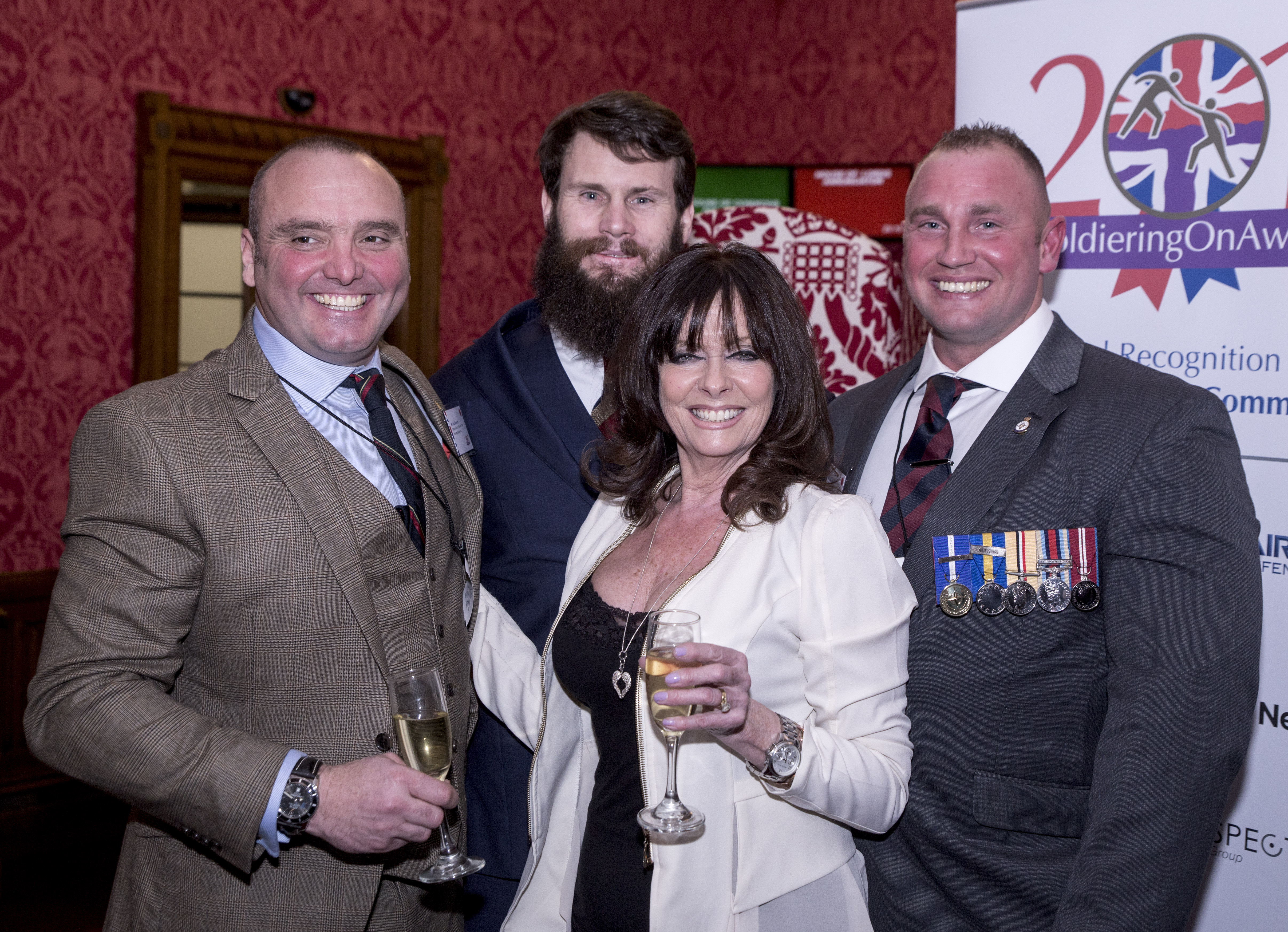 The finalists for the Sporting Excellence Award are:

BLESMA Row to Recovery Team – In 2016 the Row2Recovery Atlantic Mission set a world record as the first all amputee crew to row across an ocean. The feat, which begun in La Gomera in the Canary Islands and finished in Antigua’s English Harbour, took 46 days, six hours and 49 minutes to complete. The team finished eighth out of 26 taking part in the Talisker Whisky Atlantic Challenge after 1.4 million strokes pulled by 4 men with 3 legs across one ocean of 3,000 miles in 46 days to achieve this world record.

Tyler Christopher – Tyler lost both legs above the knee in 2009. He played roller hockey before injury and found Ice sledge Hockey afterwards. He started playing for a local team and was soon scouted by GB and is now ranked 3rd in Britain. He went to Japan in November for the world championships in a bid to get closer to the Winter Paralympics.

Scotty Darroch – Scotty has overcome much since first attending combat stress in 2013. Since then he has gone on to excel in sports through Help for Heroes, and the use of their recovery centres. Scotty competed in the 2015 warrior games and 2016 Invictus games in Orlando competing in six events. Not only has he pushed himself with his illness, he continues to assist others who struggle and recently helped Prince Harry with his Heads Together BBQ for others who suffer in silence.

Owen Pick – Owen was a soldier who lost a leg in a Taliban blast in Afghanistan and now has become a competitive snowboard athlete. He tried out the sport after being discharged from the Army and within 18 months hurtled up the World rankings, beating experienced able-bodied competitors. Owen is now rated 7th in the World and is on target for a podium place in the 2018 Winter Paralympics in South Korea. 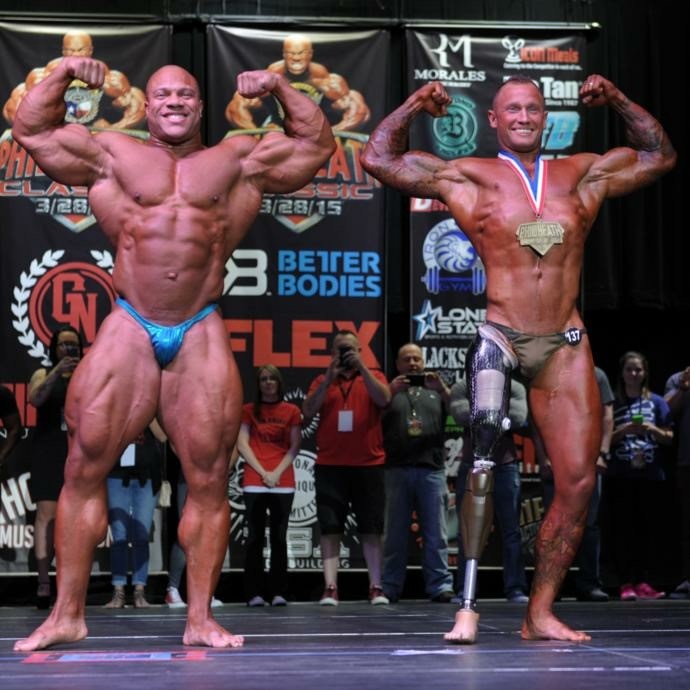 Mark Smith – The physical challenge of body building gave Mark the routine and discipline he was used to in the Army before losing his leg in a live fire incident. Over the course of a year, Mark transformed himself into a man with a physique that could hold his own against the body building world. Mark has paved the way for other disabled competitors by contacting sports promoters and lobbying to have disabled categories added to the programmes.

Mark Threadgold – Following a tragic accident, Mark lost his sight completely and had to leave his 15-year career in the Army. Using sport to regain his confidence, Mark has taken part in the Great South Run and set his first world record as fastest blind circumnavigator of the Isle of Wight in a rigid inflatable boat. Mark pushed himself further still and set another world record for deepest scuba dive and closed-circuit rebreather dive by a blind person, and in 2016 cycled more than 150 miles from Brighton to Paris in three days.

Finalists were nominated by members of the public and more than 40 charities and not-for-profit organisations either representing or associated with the wider Armed Forces Community. Winners are selected by a distinguished Independent Judges Panel, co-chaired by General the Lord Dannatt GCB CBE MC DL and Debra Allcock Tyler, Chief Executive of the Directory of Social Change.

“The Soldiering On Awards recognise the amazing contribution that former members of the Armed Forces – and animal partners – continue to make to society and also those individuals, charities and groups in the wider community who support their journey,” said Earl Howe. “We believe that we are all part of one community and are stronger together supporting each other.”

This year’s winners will be announced at the 2017 Soldiering On Awards on Friday, 24 March at the Park Plaza Westminster Bridge Hotel, London.
The Soldiering On Through Life Trust encourages support for the UK’s Armed Forces Community by nationally recognising the achievements of groups or individuals supporting this Community through the annual Soldiering On Awards.