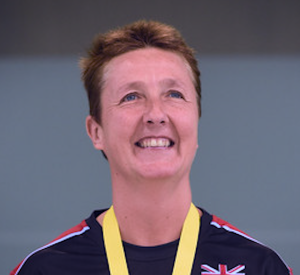 Spectra Group (UK) Ltd is delighted that brave war veteran Mary Wilson is the winner of the Sporting Excellence Award it sponsored at the 2016 Soldiering On Awards.

Former army nurse Mary, from Edinburgh, won the top prize after impressing judges with her story of triumph over adversity. She was nominated by her 90-year-old father William Hepburn.

Mary, aged 52, was in the Queen Alexandra’s Royal Army Nursing Corps for 20 years, rising to the rank of Staff Sergeant, and serving in Bosnia, Kosovo, Northern Ireland and Belize. She is now the Help for Heroes’ first Band of Brothers and Sisters Co-ordinator for Scotland. 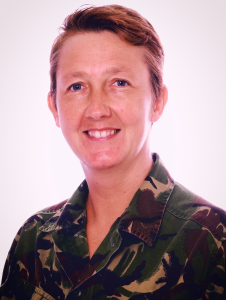 In 2000 she suffered a number of injuries after being thrown from her horse at a military horse-riding course. Four years later she was diagnosed with Multiple Sclerosis, and in 2012 she was medically discharged as, despite three operations, she was left with limited arm movement, arthritis and constant pain.

But brave Mary showed great character to be selected for the 2013 Warrior Games and the following year she scooped five medals at the inaugural Invictus Games and captained the Field Team.

Spectra, the leading international solutions provider of secure voice, data and satellite communications in locations with limited or compromised infrastructure, is an enthusiastic supporter of the Soldiering On Through Life Trust, which was established as a not-for-profit organisation to support service personnel and their families throughout their lives by recognising the outstanding achievements of teams or individuals through an annual awards ceremony.

“Mary was a most deserving winner against tough competition in an event that Spectra was delighted to make a contribution to. We were especially keen to sponsor the Sporting Excellence Award as many Spectra employees are interested in sports and enjoy keeping fit through various activities such as cycling, sailing and triathlon.” 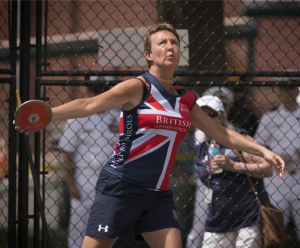 Mary Wilson in action at the Invictus Games

In his submission to the judging panel Mary’s father praised his daughter for overcoming career setbacks that prevented her from playing sport at the standard she once enjoyed by focusing her energy on empowering and inspiring other injured veterans.

“It was a great privilege to win the award. Sport instils passion, pride, determination, friendship and comradeship and that’s what I want to pass on to others.”

The 2016 Soldiering On Awards was held on April 22 at Park Plaza Westminster Bridge Hotel in London.